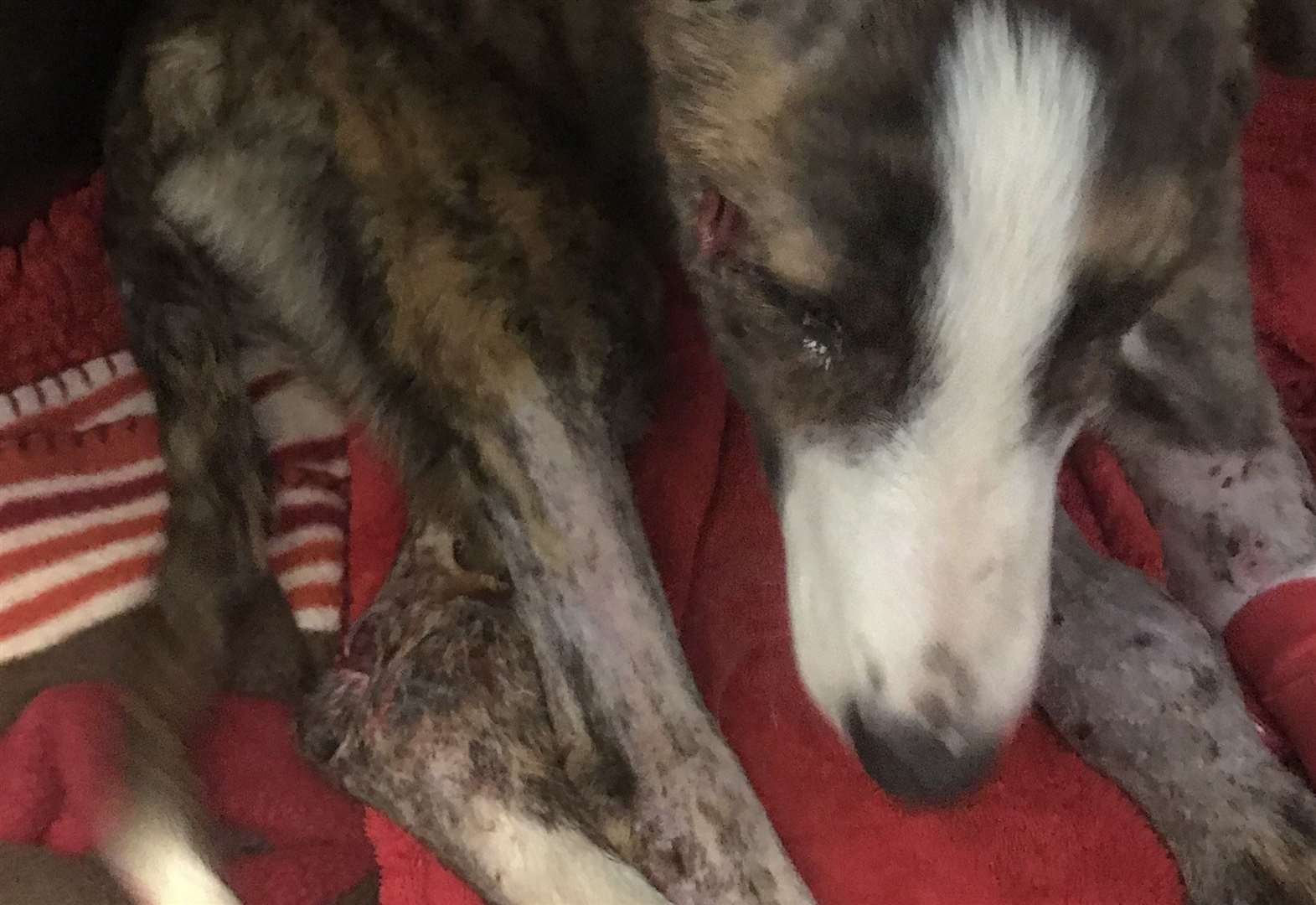 An injured five-month-old lurcher is prone to lose one among his legs after he was probably used as bait in canine preventing, after which tossed over a fence and deserted.

The animal was dumped in Queens Gardens in Dartford on Monday night time.

A member of the general public discovered the trembling lurcher, who was affected by a extreme leg damage in addition to puncture wounds throughout his physique, of their backyard at round 10pm.

CCTV footage revealed the canine had been thrown over the backyard fence and deserted.

The one who discovered him instantly took him to Medivet Enterprise House vets in Dartford who contacted the RSPCA.

The canine isn’t microchipped and has cuts throughout his physique, his leg is severely injured and contaminated and can more than likely have to be amputated. He additionally has a deep wound on his face and one other deep wound on his ear.

Animal Rescue Officer (ARO) Brian Milligan stated: “This poor lurcher puppy was callously thrown over a garden fence and left to suffer with multiple injuries. He must have been in a lot of pain, scared and confused.

“We don’t know how the lurcher, who we’ve now named Stanley, came to get these wounds but they are concerningly consistent with injuries we see in dog fighting.

“We believe this young pup could have been used as ‘bait’ to train other dogs.”

The CCTV footage, which the RSPCA will not be releasing at this stage, exhibits a car pull up around the again of the gardens in a communal storage space and what seems to be a white male get out of the car and look over the fence. He then lifts the lurcher pet into the air and throws him over the fence and into the backyard earlier than leaving.

Brian added: “We are now appealing for anyone with information to please contact us, in strictest confidence, on the inspectorate appeal line 0300 123 8018.

“If you saw anything suspicious in the area on Monday night or live in the area and also have CCTV, or have any information at all which could help our investigation, please get in touch.”

Stanley has now been taken to the RSPCA Finsbury Park Animal Hospital in London for treatment and TLC.

Brian added: “The poor dog is understandably shook up and trembling. He’s now on pain relief and getting the treatment that he needs. So far he is doing well but he’s not out of the woods yet, sadly.”