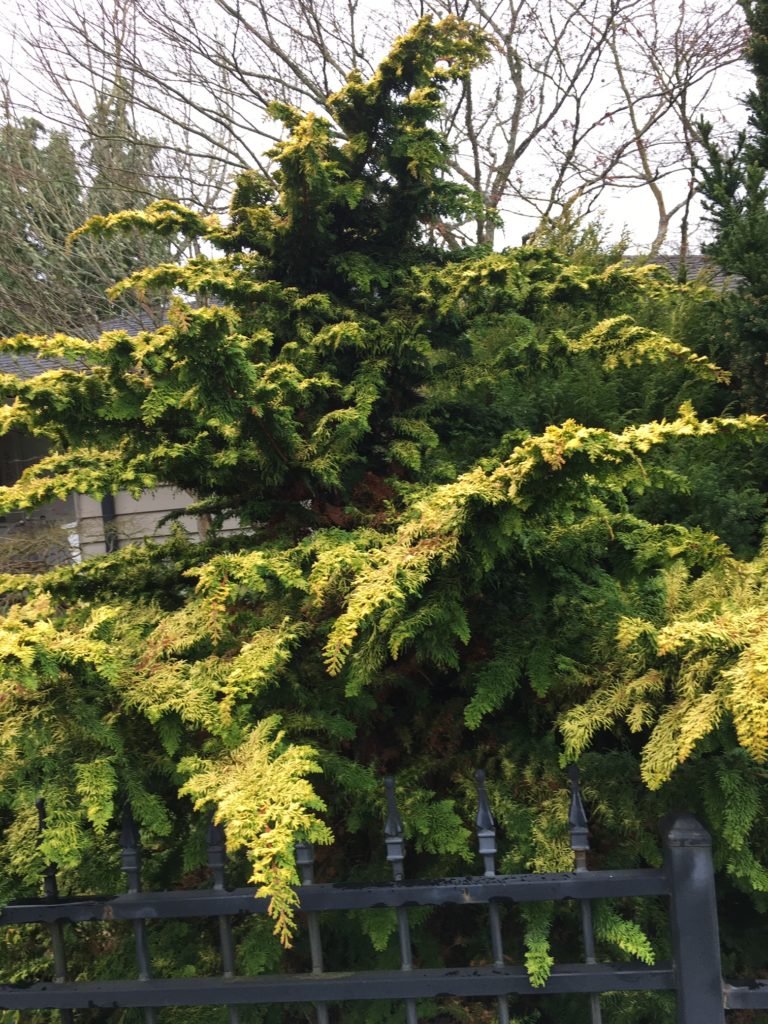 Good trees to urban gardens: Evergreens may include interest to winter landscapes

During this time of year when numerous trees and shrubs have dropped their leaves, evergreens play a significant role in your own garden. The Hinoki cypress (chamaecyparis obtusa) is a really good example.  The false cypress has several varieties created by the Japanese in which it’s native.

There are varieties that are rather tall but in addition many varieties that are dwarf. The variety termed “Gracilis” has several variations, which are very standouts from the backyard. Many of these have gold borders, making a bright spot in a winter garden. You will observe examples of them throughout Edmonds.

Edmonds in Bloom picked a stunt Hinoki Cypress if they landscaped the south of the principal construction of this Edmonds Center for its Arts. They implanted it in a spot with Art Deco additions to the construction. They didn’t need to obscure the ornaments using a tree which could grow too tall. Fortunately, Edmonds gardeners have lots of great options in varying dimensions.

Another great evergreen is your mountain hemlock (tsuga mertensiana), a native of the greater elevations of Washington. At sea level, this hemlock remains much smaller. It develops gradually and requires 20 decades or so to reach 20 feet. The shape of the tree provides the Northwest evergreen look we adore from the Pacific Northwest. But it won’t overwhelm a little garden.

There is a special beauty in winter where we detect that the form and bark of a shrub and love the trees with reddish branches. This might be the opportunity to increase the attractiveness of your winter garden.— By Barbara Chase

Barbara Chase is a Master Gardener who functions on the City of Edmonds Citizens Tree Board.

Is that the ‘Most Dangerous Garden in The World’ a Real Place?